Back to Employment Home

There are a limited number of situations in which an employer is allowed to dismiss an employee from their job.

These include misconduct, incapability and redundancy. If other circumstances are given as the reason for the dismissal this may give rise to an employment tribunal claim for unfair dismissal.

If an employer wants to dismiss an employee they must follow a minimum procedure under the law.  If they don’t, the employee may be able to bring a claim for unfair dismissal in an employment tribunal.

In some circumstances a dismissal will automatically be unfair. This may be the case if an employer dismisses an employee for trying to assert their rights, or if the employee is dismissed for reasons relating to pregnancy or maternity leave.

If you are an employer dealing with a dismissal situation, or if you are an employee who feels that you have been dismissed unfairly, please contact Eric Robinson Solicitors.  We will be able to tell you what to do, and whether or not you may have a valid claim.

How much will advice and representation cost in relation to a dismissal claim?

Our pricing for bringing and defending claims for unfair or wrongful dismissal is as follows: –

Factors that could make a case more complex:

There will be an additional charge for attending a Tribunal Hearing of £1,500 per day (excluding VAT, charged at 20%). Generally, we would allow 1 to 10 working days depending on the complexity of your case, but there is no upper limit, and the length of the listing is determined by the Employment Tribunal itself.

Counsel’s fees estimated between £1,500 to £2,500 per day (depending on the experience of the advocate) for attending a Tribunal Hearing (including preparation). Some

The fees set out above cover all the work in relation to the following key stages of a claim:

The stages set out above are an indication only. If you wish to represent yourself in the Tribunal proceedings, we are happy to advise as to how you should deal with matters at appropriate stages. Such arrangements can be made to suit you, by arrangement, and in respect of which a revised quotation will be given.

How long will my matter take?

The time that it takes from taking your initial instructions to the final resolution of your matter depends largely on the stage at which your case is resolved. If a settlement is reached during pre-claim conciliation, your case will end much quicker than if it proceeds to a final hearing. If your claim proceeds to a Final Hearing, your case is likely to take 12 to 24 months. This is very much an estimate, and we will endeavour to give you a more accurate timescale once we have more information, and as the matter progresses. Timescales are largely determined by the listings of the Employment Tribunal. 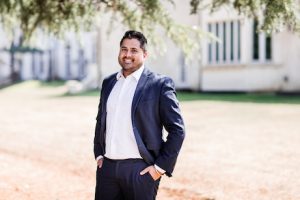 An employer should ensure that their internal disciplinary p…

An employer is not allowed to discriminate against an employ…

An employer has to give any employee a written statement wit…

‘Human capital’ is an overused expression, but an apt on…

Whatever your employment issue Eric Robinson Solicitors will…

Employers must give their employees a Statement of Terms and…

An employer may only make an employee redundant if there is…

Representation at the Employment Tribunal

Claims in the Employment Tribunal may seem like a daunting a…

A settlement agreement is a contract between an employer and…

There are two definitions of a TUPE (Transfer of Undertaking…