Back to Family Law Solicitors Home

If you have suffered domestic violence or abuse you should report the matter to the police, where you can, as soon as possible.

There are ways in which the experienced family law team at Eric Robinson Solicitors can help stop such violence from happening in the future.

We can make an immediate application to the court for an order called an injunction. An injunction (also known as a Non-Molestation Order) is intended to stop a family member or partner from using, or threatening, violence against you.

We can also request that the court grant you an injunction requiring your family member or partner to leave your home (this is known as an Occupation Order), but there will usually have to be clear evidence of violence for this to succeed.

The court treats these applications as urgent, and it is often possible to get an injunction on the same day as the application.

Domestic abuse is the name for many different forms of behaviour. It’s not just violence; it can be less obvious types of abuse too. That is why it can be difficult for people who are being abused to recognise the signs and understand the legal protection that exists.

Here are our top tips for dealing with domestic abuse.

What is domestic abuse?

Take a look at the government definition of domestic abuse; you might be surprised:

“any incident or pattern of incidents of controlling, coercive or threatening behaviour. This can include, but is not limited to the following types of abuse: psychological, physical, sexual, financial and emotional.”

This includes a whole range of treatment, from a one-off threatening incident to ongoing physical or emotional abuse. The first step is to recognise whether what is happening to you is domestic abuse. If it is, it’s time to start making some informed decisions

How can I protect myself if I am the victim of domestic abuse?

Domestic abuse is more common than you may think. It is said to affect one in four women and one in six men in their lifetime, so you are certainly not alone, but you’re not a statistic either.

If you have suffered domestic abuse then it is your right to take steps to protect yourself from it happening again. Abusers often rely on the fact that abuse often goes unreported, or is only reported at a later stage. They retain control by believing – and forcing you to believe – that you won’t report what is happening, but by telling someone what has been going on, you get some of that control back.

What should you do if you feel at risk of immediate harm?

If you feel at immediate risk of harm, you may need to call the Police for protection. The Police have powers to help. Although there is no specific crime of domestic abuse, many forms of domestic abuse are crimes and can be investigated and prosecuted.

The Police have powers to put protections in place while they are investigating what happened. They might place a condition on your abuser preventing them from coming to your home, or a condition which requires them to leave. There are a range of options depending on the circumstances. There are also independent organisations which can help – refuges and domestic abuse charities, for example.

When should I obtain legal advice?

Clear thought is hampered by the physical and emotional harm that domestic abuse inflicts. It is difficult to decide if, and how to deal with the abuse, and with your relationship. Also, you may not know what options are out there for you.

Talking to a specialist domestic abuse solicitor might sound like a big step to take, but it is the best way to really understand your situation and what you can do about it. You could also turn to domestic abuse organisations which can offer good practical advice and support.

What options do I have?

If you are in immediate danger, do something about it straightaway. Evaluate your situation, once you know your options, you will know what to do and when. What’s right for one person will not be right for another. It might not be in your best interests to take formal action, for example, because this could place you at greater risk.

If you don’t feel comfortable to take a certain step, don’t. You will know when the time is right to act. And we are here to help guide you if you need us.

Can I get a court order to prevent further domestic abuse from happening?

This is an Order made by a Family Court. It protects someone who has suffered, or is at risk of suffering from domestic abuse, by putting important protections in place. A non-molestation order is an injunction which can be sought in an emergency. It makes it an offence for your abuser to use or threaten violence against you, and to do other things such as communicate with you, or encourage others to.

There are specific legal requirements which need to be met before a non-molestation order will be granted. Talk to us about whether it would be appropriate for you.

What other considerations will arise when seeking a court order?

A Family Court can make an Occupation Order to protect a person who has suffered, or is at risk of suffering from domestic abuse. It is an injunction, but it specifically deals with the rights to occupy a property which is, or has been, lived in by both people.

The Court has wide powers. The most common Order is that the person suffering, or at risk of suffering the abuse, is allowed to remain in the property and the abuser is ordered to leave. Get legal advice on whether or not this would be an appropriate Order to apply for on an emergency or a non-emergency basis.

What if I don’t want to go to court?

The Court can offer important protections in cases of domestic abuse, but it isn’t always the first port of call. In fact sometimes, court action can make matters worse by inflaming a situation.

Sometimes a “warning letter” is the best option. This is a letter written by a solicitor to the abuser. It explains very clearly that the abuse is unacceptable and that, if repeated, formal action will be taken through the Police or the Family Courts.

This sort of warning can be very effective. If the abuse happens again, the letter is useful evidence; it often makes it more likely that the court will grant an injunction, or that the Police will take formal action.

How will my case be funded?

Although there have been dramatic cuts in legal funding for family work, it’s still available in some circumstances. People who have been assessed as suffering or at risk of suffering domestic abuse, or parents of children who have been similarly assessed, may be entitled to legal funding. You will need to satisfy a means test which looks at the amount of money you earn and spend.

If you qualify then your legal advice and representation will be either completely free or you may have to repay it but at a significantly reduced rate. We will be able to help you work out your best funding option.

What is the impact of domestic abuse on others?

Domestic abuse is a horrible experience. It can be difficult to protect yourself from it, and this is made all the more difficult when children are added to the mix. It is a sad fact that many children are victims of domestic abuse. It is not necessarily because they have experienced direct abuse from either or both parents. Very often they are victims because they see or hear abuse taking place between their parents.

Even when you think you have completely protected your children from your own abusive relationship, you probably haven’t. Children are often very aware of what is going on in the family; far more so than adults recognise. Although no-one can be responsible for the behaviour of their partner, everyone needs to be aware of the effects that domestic abuse has on children.

Can’t see what you’re looking for?
Send us your questions via the contact form and we will be happy to assist. 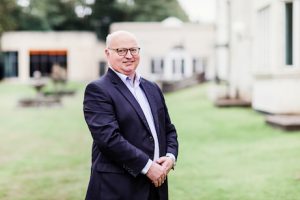 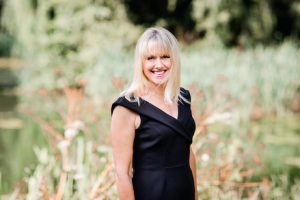 At Eric Robinson Solicitors we can assist with change of nam…

We are experienced in advising and assisting civil partners …

At Eric Robinson Solicitors, we advise and support unmarried…

At Eric Robinson Solicitors, we deal with all aspects of div…

Our Family lawyers act for clients from all types of financi…

A separation agreement is for married or unmarried couples w…

Every separation can be complicated, whether couples are mar…

This website uses cookies to improve your experience while you navigate through the website. Out of these cookies, the cookies that are categorized as necessary are stored on your browser as they are essential for the working of basic functionalities of the website. We also use third-party cookies that help us analyze and understand how you use this website. These cookies will be stored in your browser only with your consent. You also have the option to opt-out of these cookies. But opting out of some of these cookies may have an effect on your browsing experience.
Necessary Always Enabled
Necessary cookies are absolutely essential for the website to function properly. This category only includes cookies that ensures basic functionalities and security features of the website. These cookies do not store any personal information.
Non-necessary
Any cookies that may not be particularly necessary for the website to function and is used specifically to collect user personal data via analytics, ads, other embedded contents are termed as non-necessary cookies. It is mandatory to procure user consent prior to running these cookies on your website.
SAVE & ACCEPT